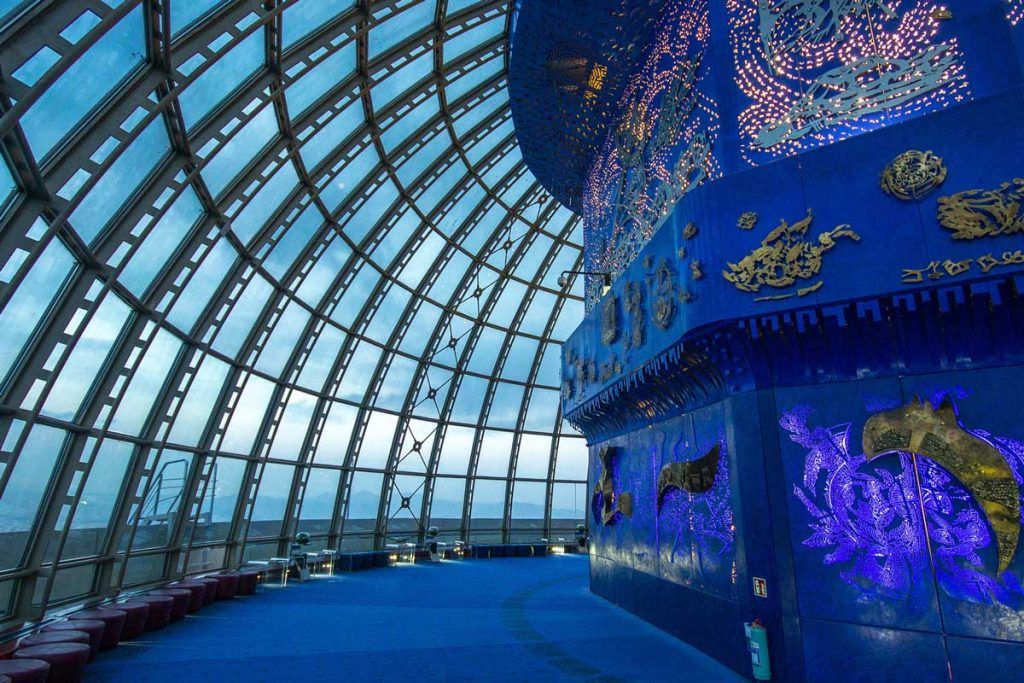 In the past month, my colleague Yasaman Dadfar and I did our usual seasonal Iran startup ecosystem review at SWPars Ventures which led to this article. This article refers to the current startup situation of Iran, nearly 2 months before the 2017 presidential elections.

Entrepreneurial success in any society depends on several factors such as environment, opportunity, and culture. The statistics show the impact of weak culture scores in this region on performance. Nonetheless, the support and investment environment in tech startups is on the rise in the MENA region and emerging markets.

The Seedstars Index (SSI) measures the quality, maturity and future potential of some ecosystems in 2015. The three pillars have been measured across over 15 underlying factors, hundreds of on-the-ground interviews, as well as the qualitative research and quantitative research, were conducted in each country. Scores range from 0-100 (0 worst, 100 best). The index score to indicate how much the entrepreneurship ecosystem is over or underperforming compared to the general economy.

The entry of foreign investors not only produce wealth, technical knowledge and transfer of technologies, but also the positive enjoyment of cultural assets in other countries.

During the decade long implementation of sanctions on Iran to cripple the $400 billion economies on multiple levels, Iranian startups have had to operate without access to foreign markets, finances, and social media channels. Many used this to their advantage by creating their localized versions of international startups and building startups according to local needs, including the Amazon-inspired marketplace Digikala — now valued at up to $500 million, the Groupon-like Takhfifan, leading Android app store Café Bazaar, audio and video streaming services Aparat (YouTube) and Navaak (Spotify), Esam (similar to eBay), social network Cloob, and Hamijoo (Kickstarter). Among successful startups, we can indicate to Snapp in Iran and Careem in Emirates which both are working in the transportation field.

Snapp on the other hand, is a ride-hailing company from Tehran, Iran. Snapp launched in February 2014 under the name Taxi-Yab. Users can request a taxi cab via the iOS or Android app and via their website. Currently, Snapp only operates in Tehran, although they are looking to expand to new cities, and may even seek to expand internationally. TechCrunch announced on October 9, 2016, that it had received a $20 million investment in a Series A round led by MTN Group, a South-African multinational. Shahram Shahkar, the CEO of the company said that the company now employs 10,000 drivers, but did not disclose any revenue numbers. Snapp is one of several startups that have been making rapid progress by foreign investors. According to the statistics, we can say the current position of Careem is very close for Snapp,in the other world we can say today of Careem will be tomorrow of Snapp.

NOW is the time for Iran Startup Ecosystem

Iran has one of the world’s largest oil reserves. But unlike its neighbors, Iran also has a quite diverse and balanced economy. For this reason, the country has the largest gross domestic product (GDP) 3 in the Middle East, behind Turkey and Saudi Arabia, but before the “rich countries” such as Emirates and Qatar. With the lifting of sanctions, Iran on attracting foreign direct investment (FDI) in non-oil industries is the key.

In line with the sixth development plan, the government is trying to promote entrepreneurship and technology arm with the budget assigned to presidential office. Although there is a need for simplifying regulations and removing several barriers in terms of certifications, taxes, etc., I think now is the time for foreign investors to do their research and bring their smart money to Iran.

Based on the system dynamics theory, an organization that plans to introduce an innovative product, may need to understand market dynamics in order to design and produce marketing plans.

A causal loop diagram is a simple map of a system with all its constituent components and their interactions. The above diagram shows a causal loop diagram reveals the structure of a system. By understanding the structure of a system, it becomes possible to ascertain a system’s behavior over a certain time period. Both feedback loops act simultaneously, but at different times they may have different strengths. Thus, one would expect growing sales in the initial years, and then declining in the later years.

The same pattern applies to the Iran startup ecosystem having one of the highest growth rates in the world during 2014 and experiencing change difficulties in its a clash with other old yet powerful economic ecosystems in the country. One example is taxi drivers reacting to online ride-sharing services. And the result is beautiful leading taxi drivers and agencies to offer better services and some thinking of opening an online service themselves.

It’s a good time to think about Iran

The Iran startup ecosystem is still one of the most fast-growing ecosystems in the region. To reach an average 8 percent economic growth during the next five-year period, the Iranian administration is shifting from a bank-based financial system into a more market-based one (for instance switching the trend of financing away from banks towards securities market). This would create greater plenty of opportunities and special incentives to entice overseas investments.

Iran’s primary and secondary capital market indices (TEDPIX and IFX respectively), have always reflected the country’s economic situation, clearly. During the past six months, despite some specific occasions when some emotional responses have influenced the market’s behavior, the general trend of the market has been rational.

The current population of Iran is around 80 million and 53 million of which are below the age of 35 while the country has the second largest internet user base in the Middle East and Africa, 55 million are Internet users. Iran has the highest number of educated individuals in the MENA region as well as the highest mobile penetration rate in the region at 120%.

On the other hand, smartphone volume grows rapidly in Iran. The total retail volume of smartphones in Iran was 2.4 million units in 2014. The market is expected to grow to 3.7 million units by 2018 as a result of the government continuously granting additional 3G and 4G licenses.

Iran has the rank of 96 in terms of NRI. NRI index measures the capacity of countries in the usages of ICT for the competitiveness and welfare of their people.

Putting all information together it seems that in terms of opportunity, as one of the largest emerging markets in the world, Iran’s startup scene is promising. Yet, the market needs and shows some of the greatest opportunities to more smart money accompanying international entrepreneurship experience and innovation. It is time for smart investors to start getting involved with Iran startup ecosystem through strategic partnerships with Iran’s private sector.