How Adventurers and Entrepreneurs Dance: The Story of Tehran Travel Show

How Adventurers and Entrepreneurs Dance: The Story of Tehran Travel Show 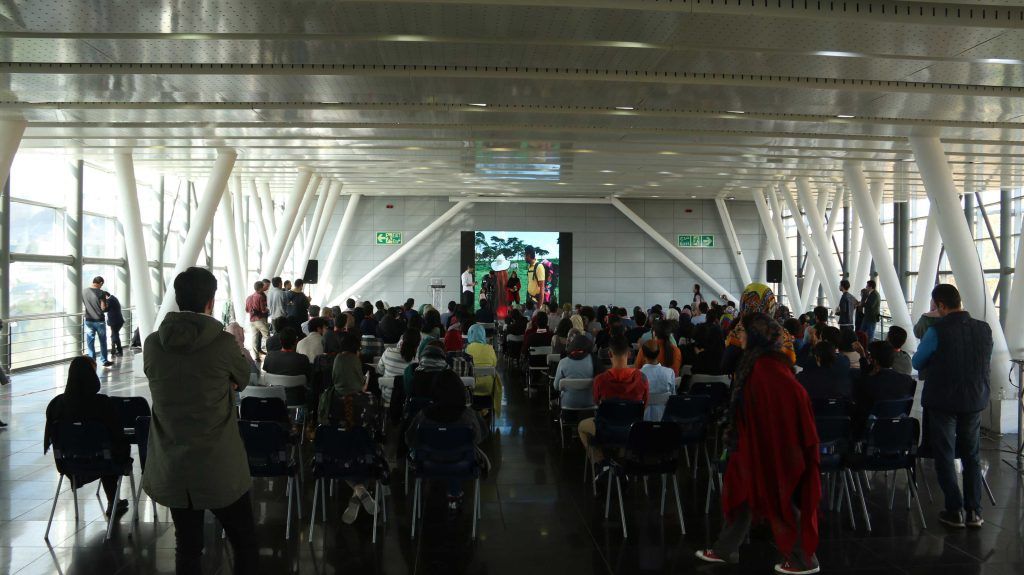 Adventurers and entrepreneurs experience the same journey! What would be the outcome of an entrepreneur and a Guinness record holder adventurer? Fun, hard work, and impact. I’m writing this article because we have just finished organizing the first but not the last Tehran Travel Show event series, and I can wait but to share the whole experience and what I have learned from hosting the event. What can an entrepreneur learn from working with an adventurer? What types of challenges might you face? And what was the purpose of organizing this event?

But first, let me give you a bit more information about the event if you haven’t heard of it already!

Tehran Travel Show was an inspiring multimedia event, organized on 23rd and 24th of November 2017, at Pardis Mellat, Tehran. The event’s purpose was to give it’s the audience the tools and know-how as well as the confidence to travel like an expert. Participating in the lectures and workshops gave the audience the skills and knowledge of how to get around obstacles such as visas, time, language barriers, money and open your eyes to the world of possibilities and boost your confidence.

They say your best memories found within the pages of your passport. We all have good and bad ones to share about the places we have been to. Several professional adventurers converged in Tehran to show enthusiasts the ways they can plan memorable trips. Watch PRESS TV correspondent Hamid Javani report about the event.

Hosted by some of the most experienced world-class international travelers and adventurers, the event was the final big day for travel enthusiasts whatever your age or ability with a great big dollop of inspiring ideas for travel wherever you turn. I was lucky to be the event organizer.

The whole journey started when I met one of my extraordinary friends in Tehran. Listed amongst the world’s top 20 most seasoned travelers by Men’s Fitness magazine Reza Pakravan  an adventurer, writer, and producer of adventure travel films. He holds the Guinness World Record for crossing the Sahara desert by bicycle: his preferred mode of transport.

He told me that there are a handful of people contacting him and ask basic to professional questions about adventure travel and to my ears it was an “opportunity” knowing we can find all pieces of the puzzle to create not just an event, series of events, or initiative, but a movement to inspire people to go to exciting places!

As an active member of Iran’s startup ecosystem, I have had the chance of accompanying more than ten startups, some are among the leading startups of Iran today, and some failed, of course. Also, I have been lucky enough to organize some significant events in Tehran. I look into organizing an event in precisely the same way. It’s precisely the same thing, in a smaller scope. The negotiations, partnerships, time to market, sales, the idea and purpose, branding, I can see a lot of similarities, especially if you know my style which is always bootstrap, meaning I don’t spend a penny for my events upfront. And I always say if you can organize a significant event in Tehran, you can do anything!

Reza and I planned an operational plan which later Celin advertising agency and Event box, our first partners helped us make it happen. During almost three months of working with Reza, I learned great entrepreneurs and very similar to world travelers, and here is how:

To distill it down further, being a successful adventurer or entrepreneur is all about persistence. It’s about striving to be the best day after day. Said simply by Hall of Fame tennis star Billie Jean King, “Champions keep playing until they get it right.”