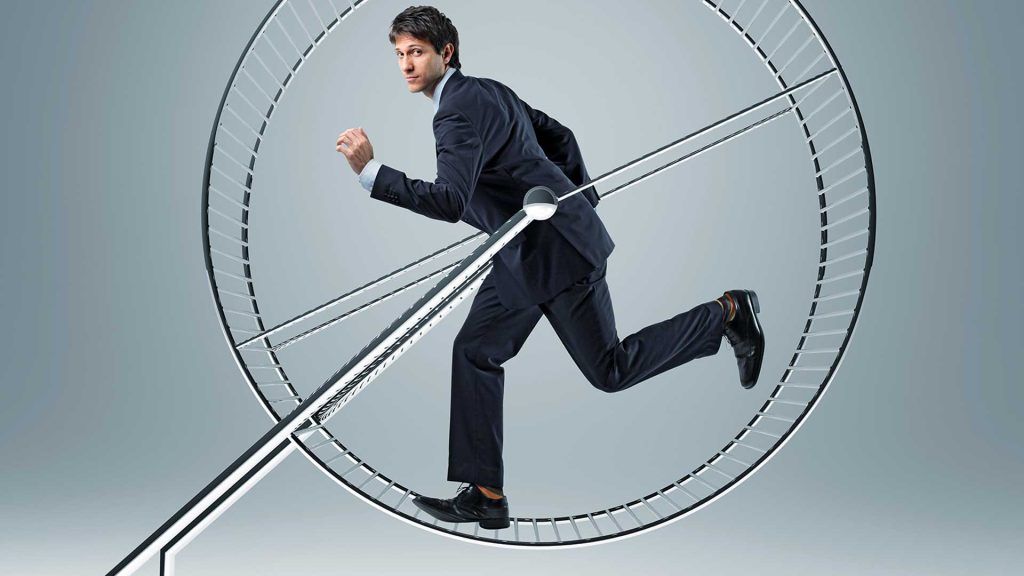 From starting a new relationship to ambitiously going after success, we are all playing games. Unlike joyful games, we used to play when we were children, the games we play later in life as individuals, organizations, or even countries can be hard, exhausting, and frustrating. But, if —and only if, we clearly understand the games we are playing and what will be our strategy towards them, they can be as joyful, fruitful and educating as they were, when we were a lot younger. Here is a mental game theory model for you to understand the games we play and how to become a great player in them.

Game Theory As A Strategy

According to John von Neumann and Oskar Morgenstern‘s Game Theory, conflict and cooperation between intelligent, rational decision-makers such as humans, animals, and computers, can be anticipated and controlled. Game theory is mainly used in economics, political science, and psychology, as well as in logic and computer science. Among introducing different ways to approach games, the Game Theory distinguishes “finite and infinite games.” This part is the main focus of this read.

There Are Two Types Of Games

In his book “Finite and Infinite Games” James Carsewrites “A finite game is a game that has fixed rules and boundaries, that is played for the purpose of winning and thereby ending the game.” In other words, a finite game defined by 1) known players, 2) fixed rules, and 3) a particular agreement that if some specific event happens, a group of players will be recognized as winners. We cannot play alone, infinite games, we must have an opponent to play against and usually teammates to play with.

A perfect example of these kinds of games is soccer. In playing soccer, every player agrees that at the end of the second half of the game the team that has the most number of goals is the winner and the probability of hearing “wait, give us another 45 minutes, and we can win them!” is nearly zero.

On the other hand, “An infinite game has no fixed rules or boundaries. In an infinite game, you play with the boundaries, and the purpose is to continue the game.” Carse wrote. Which means infinite games are defined by 1) known and unknown players, 2) rules of the game are dynamic and might change over the course of time, and 3) these kinds of games have no winners or losers, players might drop out because they run out of resources that end up being replaced with new players.

An excellent example of infinite games was the Cold War. The geopolitical tension after World War II between powers in the Eastern Bloc (the Soviet Union and its satellite states) and authorities in the Western Bloc (the United States, and its NATO allies) lasted about 45 years. While the Cold War had no winners or losers, players encouraged the game with spending millions of dollars to continue the game. Why? Because they could pull resources from their nations and allies that none of them were able to pull if there were no “fear of the bad guys.”

Another example of infinite games was “Seven Sisters” which was a collective term for the seven multinational oil companies of the “Consortium for Iran” oligopoly or cartel, which dominated the global petroleum industry from the mid-1940s to the mid-1970s. Preceding the 1973 oil crisis, the Seven Sisters controlled around 85 percent of the world’s petroleum reserves. While these companies were competitors, none of them wanted the other one to vanish. Instead, they were protecting each other to continue the game of oil market domination.

The Problem We Have

Simon Sinek, the bestselling author of titles such as Start with Why, has recently has been studying and discussing game theory and how it applies to the way that organizations operate. In his talk titled “The Finite and Infinite Games of Leadership,” Sinek outlines the following scenarios that take place when both types of players play:

Finite player vs. Finite player/game: the system is stable – in this scenario, players agreed on competing for winning and thus exists at least one rule of winning in the game. The game ends, some win, some lose, and the game repeats if and when the players choose to play again.

Infinite player vs. Infinite player: the system is again stable – in this scenario, players agreed on their common understanding of the game rules to be equally beneficial for them thus they play to prevent the game from coming to an end.

Finite player vs. Infinite player or vice-versa – according to Sinek, the problem arises when the intentions of players and the reason they play differ with the game rules or with the majority of other players. In this scenario, usually, one player is playing to win, and the other is playing to keep playing. Therefore, the finite player will always find themselves in a quagmire. Sinek offers the example of the US and Vietnam, where the US was fighting to win, and the North Vietnamese were struggling to survive.

Another recent example of this kind of scenario can be seen in what is known as the Iran Deal concerning Iran-US relationship and Iran’s Joint Comprehensive Plan of Action. It seems to me that generally, the Iranians are playing to “win” which means having access to international markets and avoid global sanctions while on the other hand, the US is playing to continue the game to enjoy its benefits from its allies in the MiddleEast.

So, what difference does it make whether someone is playing an infinite game or presenting as a finite player? Let us consider the game of business, which is an infinite game. The business game comes from an ancient human behavior of “give and take,” which has been played long before companies existed and probably is going to be played long after. In business, the rules are changeable, there is no real “winning” and the “game of business” has outlasted every company on the planet today. The language that we use in everyday conversations suggests that we don’t know which game we’re in: “We’re number one.”, “We’re going to beat out the competition.” It is time for us to ask our selves on what criteria? On what time frame? Who has agreed to these rules? It’s arbitrary. Therefore, when companies playing the infinite game are playing against those playing the finite game, finite game players find themselves in a swamp. Bankruptcies can be attributed to other players “winning,” but in actuality, the bankrupt company has run out of the will and resources to play the game of business. Other games like “life,” “love,” and “success” are also are the same.

How to distinguish whether we are playing an infinite game? What kind of player are we? As soon as we understand the answer to these questions when we are making a conscious decision, our actions dramatically change. The following matrix provides us with a mental model and possible outcomes of our efforts.

The Finite And Infinite Matrix

There are generally four possible outcomes when a player meets a game.

What will your strategy be? Like Paul Tillich said, “It takes tremendous courage to resist the lure of appearances. The power of being which is manifest in such courage is so great that the gods tremble in fear of it.”Let them tremble! Our infinite play depends upon it, and the game must go on.

This article was originally published on TechRasa.com