There Are No Shortcuts in life, Deal with it!

There Are No Shortcuts in life, Deal with it! 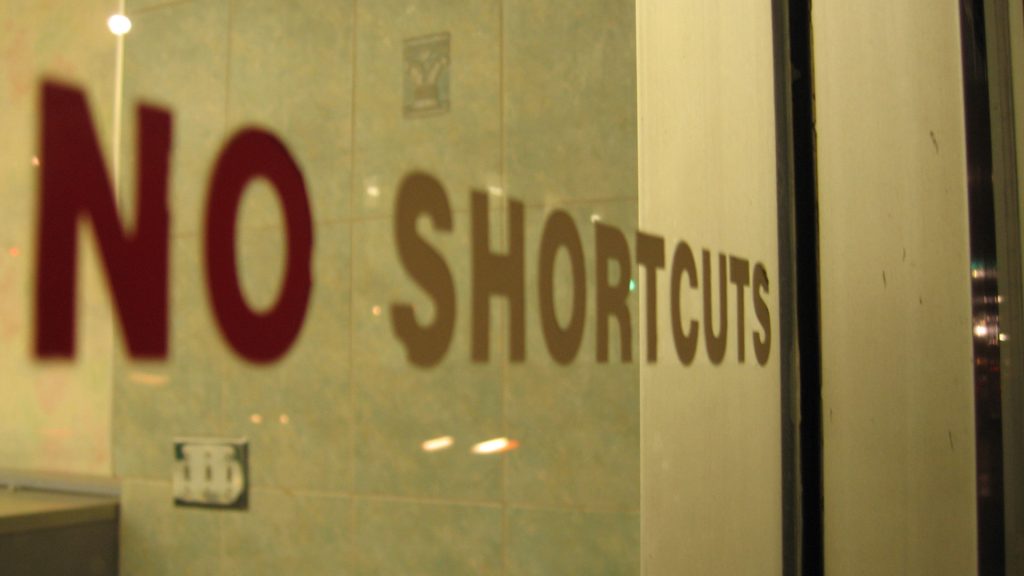 This article is an excerpt of a much longer article on the same topic which I wrote back in 2018 in Farsi. The idea of this article came into my mind in the summer of 2011 when I was watching Alec Baldwin‘s movie Shortcut to Happiness. I asked myself, “is there a shortcut to what we want?” and “why we are consistently in a search for shortcuts?”

“The volume of city billboards promoting inspirational conferences and “success” between 2015 and 2018 became equal to all similar ads in the past 20 years” —a friend at Tehran’s city hall taught me. These numbers show us how the vast majority of Tehraners are suddenly interested in “success for dummies”.

I remember a few years back when the QNet multilevel marketing company entered Iran market. One day my friend Hamed called me and asked for a meeting to discuss business. Back in my school, Hamed was one of the smartest kids in the block. But now, he was representing some company that offered nothing but to market for the company itself. After that, more than ten other of my friends, including family members, invited me to similar meetings and offered what they called a “shortcut to be rich.” The success of Multilevel Marketing companies at the time, made me realize that these people —from dentists to students, was just not satisfied with their jobs. Thus, they were looking for shortcuts to be successful.

The ideal image of a successful person in our age includes a youngster in his 30s or 40s who have it all figured out. In contrast, in the past, it took so many years (perhaps generations) for the people to understand the true meaning of success.

Another example of our craving for fast success is the number of books that we publish each year under the same topic. Although most of these books are considered to be “managerial,” yet they look like small religions. They ask readers to believe in their theories first, where they promise some sort of salvation, peace, and success in return.

I have been a victim of the books mentioned above when I was a teenager. In the bookselling conferences, the writers were practically preachers. On a stage full of sound effects and lightings, he was asking us to believe that we can have whatever we want, just thinking about it.

From success to marriage, we are in a constant search for shortcuts. We are in praise of those who made it fast. This craving can be a national and perhaps an international danger. It seems to me that this danger is rooted in the high speed of how we live. It is odd to me that in some dictionaries, the word “success” practically means “to be rich.”

On the other hand, we are witnessing the tools to calculate success is enabling this school of thought. For example, some years ago, a company’s success was calculated by the amount of money it made. Nowadays, growth means not only a company has to make money, but it has to do it in a short time. It means making money is not essential, making it fast counts for the good.

Our craving of shortcuts paralyzes our minds, and it is the products of a paralyzed mind itself. It is a kind of disease which has no cure other than itself. This culture of no culture won’t set us free.

In my conversation with a retired Iranian diplomat, I learned from Muriel Rukeyser, who said: “The Universe is made of stories, not of atoms.” Indeed, our stories are also in praise of those who made it fast at any cost. An average person living in such a society feels stupid and frustrated if he goes on his way typically. Since when being “normal” is not enough for us?

With the growing population all over the world, soon we will be out of shortcuts. We need to understand that we have to think about this old idea again that “being on track” and normal is O.K. The only way to happiness is hard work, and there is no shortcut to that.

The original version of this article is i n Farsi with lots of tangible examples. It has been published in Idea Designers magazine.