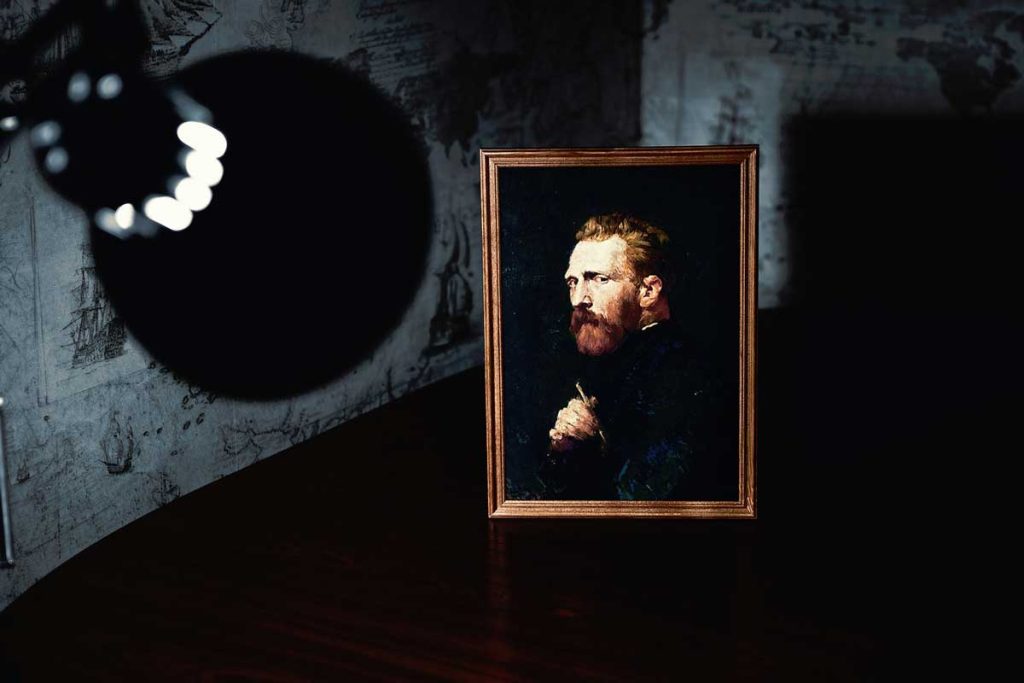 Maslow believes that one of the main characteristics of living an entrepreneurial lifestyle is that you get to live on the edges. When I use the phrase “living on the edges”, I mean, literally there are times that you feel the life is doing an edge crush test on you. It’s not an odd thing, at least on my experience, to work continuously for 40 hours. It’s the way the job pushes you to your limits. On the other hand, there are times, especially between projects, that you get to see the world with normal human speed. I usually get to have 2 or 3 days of pure free time, between the projects feeling like the fictional character Tarzan, swinging in the jungle let go a rope and hoping to get the next one. In those times, besides enjoying every second of my free time, I read books.

The last book I read was The Letters of Vincent van Gogh edited by Ronald de Leeuw. The book is a collection of 928 surviving letters written or received by Vincent van Gogh, gathered by his sister-in-law. Van Gogh was an extraordinary person and a Post-Impressionist painter who lived around 130 years ago for only 37 years. His works are notable for its rough beauty, emotional honesty, and bold color. He has created more than 2100 artworks in about a decade and sold only one during his lifetime.

More than 650 of Vincent’s letters were to his brother Theo. Among those letters, a letter dated 28 December 1885 fascinated more than others. In the letter, Vincent is asking Theo to lend him some money. He mentions a sentence which I think is one of the basics of every entrepreneurial life. Vincent writes:

If I receive money, my first hunger is not for food, though I have fasted ever so long, but the desire for painting is ever so much stronger.

The saying is so profound that it had me thinking of basic human needs. What was it in van Gogh’s head and heart that caused him to minimize satisfying his basic need of hunger and chase models to paint?

Reza Pakravan, a global adventurer and holder of two world records, also described the same feeling in his recent talk on TEDxTehran 2014: Making a Bold Decision. Reza shared with the audience his journey from being a Financial Analyst in London to traveling 11,000 miles unsupported between Arctic Circle and Cape Town in 102 days with a bicycle. Reza went through some of the most dangerous places in the world, but why? What inspired him to do so? The feeling I call it “Need Resistance”.

Maslow ’s hierarchy order is pretty simple and rational: first, you need to eat, drink, sleep and basically stay alive. Then you want to stay alive longer, so you need safety (the second level), meaning you need to feel you can have the basic needs satisfied for a longer period of time. After you feel safe, you need to be in contact with others and make relations, you need to feel you belong to a community. Then, you need to be in control of your relations, meaning you need respect. Last but not least, there are Self-actualization needs at the top of the hierarchy. The order made the whole Maslow ’s hierarchy seems like a video game in that you have to fulfill the requirements of one set of needs before you can get to the next level up. If life was that easy…

I know it is impossible for a human being not to breathe, eat, drink and sleep for a long time. But, I think needs shouldn’t filter our vision when we do what we do. It’s all about the approach we take towards our jobs. One hazard of dealing with situations on the basis of needs is we trap on the first and second stages of the hierarchy, satisfying our basic needs and trying to satisfy them for a long time.

To shift our approach, I suggest we look to the Maslow’s hierarchy in reverse order, where it’s stages are not levels to pass but priority levels. This can illustrate the reversed hierarchy of “wants” or intentions of creative and extraordinary people. They think of self-actualization and Esteem far more than what they want to eat.

Entrepreneurs most likely feel a strong craving for creativity, problem-solving and other characteristics of self-actualization. They then begin to build teams. Most of the times their people are the most important resources they have. They belong to their teams and make others to feel they belong to those teams too. They tent to make their environment a safe place for everyone.

There is also the basic need for social connections that Maslow misses. A fascinating article by Pamela Rutledge in Psychology Today entitled “Social Networks: What Maslow Misses” (November 2011) points out that Maslow’s model misses the role of social connection. “Here’s the problem with Maslow’s hierarchy,” explains Rutledge. “None of these needs — starting with basic survival on up — are possible without social connection and collaboration…”. Without collaboration, there is no survival.

Man is by nature a social animal; an individual who is unsocial naturally and not accidentally is either beneath our notice or more than human. Society is something that precedes the individual. Anyone who either cannot lead the common life or is so self-sufficient as not to need to, and therefore does not partake of society, is either a beast or a god.

Maslow’s hierarchy of needs was helpful in 20th Century management in pointing out to managers why traditional management–hierarchical bureaucracy with managers acting as controllers of individuals, was unlikely to meet the psychological needs of employees. But it offered an unrealistic route to meeting those needs: ascension up the hierarchy of needs towards self-actualization. The truth is most of the people can’t survive without effective collaboration with others. Also, most creative people prefer to minimize satisfying their basic “needs” in order to focus on their “wants”. To get inspired and inspire others, sometimes we need to think of Maslow’s hierarchy of needs in reverse.